Platform for Postmoderns: Self-Promotion and Self-Loathing

This post is part of an occasional series on platform. Read the first entry here. Find the whole series (on shuffle!) here. *** As intriguing an intellectual exercise as I find this series on platform to be, the fact of the matter is that it's only really interesting to people who have something to sell. It may be a book or a song or a film; it may be a set of skills or a big, revolutionary idea. It may be something you're not selling for money; maybe you're looking for converts or cobelligerents. Michael Hyatt, whose book on platform got me started on this series, talks about "wow products" and experiences as a priori to the work of building a platform: If you don't have something worth wowing over, why on earth are you trying to get in people's faces and on their radar? 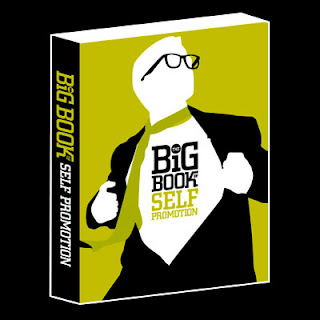 So, if you're interested in platform--space you carve out for yourself that draws people's attention to you and helps them focus on what you're trying to say or do--you're probably interested in selling something. (If you're not interested in selling something but you're interested in platform, you may need to read this book.) To enter into the work of building a platform means--inevitably, unavoidably, unabashedly--to engage in self-promotion. The notion of self-promotion sickens a lot of people; it petrifies a lot more. I've had people agonize with me over self-promotion while simultaneously promoting themselves to me. It feels wrong to do it; it feels exploitative of our friends and family and conversation partners. It feels slick and smarmy and dirty. It feels like we imagine selling our soul must feel. And yet when it works, it feels sooooo goooooood. Postmoderns are natives in a world steeped in advertising. Prior to the twentieth century advertising was primarily descriptive: this product does this and doesn't do that. Only carnival barkers over-promised, and they usually got run out of town on a rail. But you knew that had to end; advertising had too much in common with evangelism, and evangelism only works as a big, big sell. Richard Dahlstrom tells the story of how Coca Cola advertisers mimicked the missionary enterprise and changed advertising from description to proselytization:

After Asa Chandler purchased the coca-cola formula from a pharmacist in 1887, he cast a vision to his sales team, declaring that this product should be, “a thirst quenching, heaven-sent drink; a blessing to this sun-parched earth.” Chandler was a Methodist who began his sales meetings with prayer and ended his training weeks with the whole team singing stirring renditions of “Onward Christian Soldiers.”

Think about that: advertisers were now soldiers, aping Christian missionary zeal, convincing themselves that their product was "heaven-sent," authorizing themselves to foist Coke on the masses by any means necessary. And Coke was just the first domino; advertising very quickly became a matter of over-promising, tying the wow product to the existential angst of the consumer--selling the sizzle rather than the steak. Asa Chandler saw himself as a missionary for Coca Cola, but he, and now we all, became carnival barkers writ large. A hundred and twenty five years later, we are steeped in this kind of hyperpromotion. You can't take five steps in a modern economy without being sold something, whether it's a make and model of car or the sticker on its bumper, whether it's the billboard towering over your horizon or the spam text on your phone. Such advertising fatigues us and we know it, but it also is all we know, and so even though we hate it, it's where we go and what we do when we need to get a word out. It's the logic we subscribe to when we seek to build a platform for ourselves, when we seek to create a wow product or experience and bring it to market. How do we break out of this vortex? How do we promote the things we're passionate about without coming to hate ourselves in the process? First of all, we should know what we're passionate about, and invest our promotional energies in that. Asa Chandler was, it seems to me, passionate about Christianity; he forced himself, I think, to be passionate about Coca Cola. Passion can be cultivated, but it shouldn't be manufactured. Figure out what you're passionate about before you invest yourself in building a platform--even before you invest yourself in creating a wow product. Passion is the first ingredient in wow, anyway. It's passion that will sustain you in the hard work of making your products and experiences compelling; it'll sustain you in the often frustrating work of assembling a platform for getting the word out. Second, we should give ourselves permission to be enthusiastic. I talked to a friend recently who has written her first novel; she's noticed that it's much easier for her to promote these fictional characters, this imagined story, than it is for her to promote her more memoirish writing. It feels to her like she's doing a friend a favor, rather than promoting herself, which often feels like begging for attention or shouting silliness like some Shamwow salesman. But all her writing comes out of a passion for the way words work on people; she has a natural enthusiasm for the craft of writing and the art of words. If your platform is based on your passion, moreso than a particular wow product, then your enthusiasm will be more organic, less manufactured. The things you promote become less products and more byproducts; the platform you assemble for yourself becomes less like conquered territory and more like space you're willing to share. It's our passions, not our products and most certainly not our platforms, that make us interesting, that make us compelling to the people around us. It's our passions, not the vain pursuit of platforms or wow products, that make us enjoy what we're doing and forget for a moment that we live in a social-Darwinian world where you're either selling something or being sold something. It's our passions that help us break free of the artificial, hyperpromotional world that we all secretly love and all desperately hate. So when you think about platform, don't think about selling yourself. Don't even think about selling your stuff. Think about what you love, and then share what you love with the world. Soon enough all the other pieces will start to fall into place. *** Do yourself a favor and read Brian Mahan's Forgetting Ourselves on Purpose. It's my very favorite book and will help you sort through this self-promotion--self-loathing stuff.
at March 15, 2013 No comments:

This is the latest in a series on platform for postmoderns. Find previous posts (in inexplicably nonsequential order) here. The first post can be found here. *** There's a fundamental logic underlying free market capitalism: every equation is zero-sum. For you to make something the world wants or needs, someone else will be forced to not make something else. For every sale you get, someone else loses a customer. For your star to rise, someone else's star has to fall. There's a finiteness to the world; only so much of everything exists, and so only so much of anything can come into being. 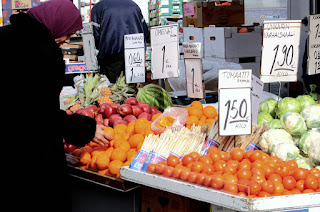