The Resiliency of Spirit and the Banality of Evil: Excerpts from Middling

I started out [2020]—I can’t imagine why—wanting to read as much as I could about fascism. It’s a fairly common practice for me to identify a theme for my reading for the year, and this year, that was it.

As with everything in 2020, my “Year of Deep Reading in Authoritarianism” got derailed a bit, but along the way I managed to pick up the brief Russian novel One Day in the Life of Ivan Denisovich, by Aleksandr Solzhenitzyn. I expected it to be longer because, you know, Russian literature, but it really is one day, following a prisoner in the gulags as he maneuvers and manipulates to get a little extra gruel, the last puffs of someone else’s cigarettes, and the least awful work assignments. It’s remarkably evocative—I found myself immersed in every frigid moment.

In the middle of this vivid portrayal of the absurdity of tyranny, Ivan is tasked with bricking over a broken window in an abandoned building. Ivan is a mason, and as he sets out to do the task, the tone of the novel shifts from oppression to vocation: he is (once again) a master, practicing his craft with care and precision. For a few hours he discovers and celebrates his dignity. Then he goes back to the prison camp. Worth reading for its arresting portrayal of the resiliency of spirit and the banality of evil.

Somewhere—I don’t recall where—I stumbled on a delightful anecdote about existentialist novelist Franz Kafka. As the story goes, late in his life (he died young) he found himself in a park one day and saw a little girl crying alone. He thought she might be lost and asked if she needed help. It turns out she had lost her doll and could not be consoled. So Kafka invented a story about the doll, which became a story about himself (he was the doll’s postman), which became a daily encounter between him and the girl. The story is perhaps apocryphal and the letters he wrote in the doll’s name apparently lost forever, but the whole thing just fills me with hope for humanity. Kafka and the Travelling Doll can be read in one sitting, but I suspect if you read it once you’ll read it again, and maybe again and again.
at October 22, 2021 No comments:

We Are Gen-X After All: Excerpts from Middling

I read once that Aimee Mann has assured us she is not depressed. That’s surprising to most people since so many of her songs are melancholy bordering on bleak. But being something of a melancholic myself, I think I get it.

I discovered her 2017 award-winning Mental Illness by accident and added it to my birthday wishlist; the pink vinyl in die-cut sleeve arrived at my doorstep and I dove right in. One listen and I declared her the voice of my generation. Time will tell if the title sticks—or if anybody even cares; we are Gen-X, after all.

I don’t think of Mann as a folk artist, but Mental Illness won the folk album Grammy in 2018 and understandably so. The tracks weave together seamlessly, setting a mood quickly and staying there determinedly. It’s an ode to that popular definition of insanity: doing the same thing over and over and expecting a different result. I keep listening to it because I’m pleased with its effect on me.

Unconscious Approaches to Each Ensuing Crisis: Excerpts from Middling

I’ve not really been coached before. I’m not sporty, for one, and I’m kind of a contrarian, so the idea of someone speaking directly into my day-to-day experience was not terribly appealing. I didn’t know what to talk about or how to talk about it. I didn’t know what questions to ask. But Mark was remarkable, gently probing and graciously interrogating my unconscious approaches to each ensuing crisis. I found a little footing after each monthly call, and I learned some practices that have helped me regularly regain my sense of self since the monthly calls ended. ...

So if you’re struggling to keep your head up, give me a shout. I know a guy. 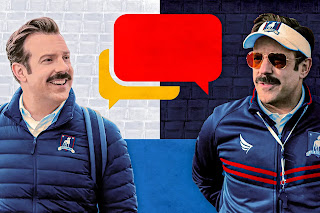