I write an occasional newsletter (quarterly when I don't forget) to friends and family about my life: music, books, work, and getting older. I'd love to send it to you if you're game. What follows is an excerpt from the fall 2018 issue.
*** 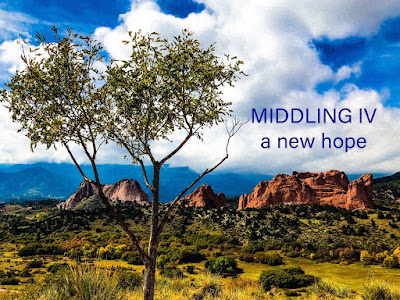 2018 was defined, in large part, by baseball. Kara and I watched an entire season of Chicago Cubs baseball for the first time in our lives. At three hours a game, that adds up to a remarkable amount of time not hiking. We attached a flag mount to our house so that we could show our team spirit ( it’s in the back yard; we’re not crazy) and put a Cubs decal on Kara’s car. (It started peeling off almost immediately, which I suppose foreshadowed the team’s sad September.) Honestly, we barely recognize ourselves anymore. The fall hasn’t been all peanuts and Cracker Jack, though. We have, in fact, gone outside from time to time. We went again to the Palisade Peach Festival, now in its fiftieth year, and while the festival hasn’t gotten any less lame for reaching that milestone, the peaches were once again awesome and the road trip was magnificent. In September a deer LICKED MY HAND in the parking lot of a Franciscan retreat center, a bucket list item I didn’t even know I had. And we got bikes, which a friend found for us while he was garage saling. We’re so Colorado now we almost rooted for the Rockies in the post-season. I went on a few retreats this fall, mostly unforeseen opportunities. One was intended to help us discover a “rule of life” and an annual intention for ourselves. I didn’t expect it to be as impactful as it was, to be honest. I came out of it lingering on a verse that St. Peter wrote in one of his letters: “Live carefree before God; he is most careful with you” (1 Peter 5:6-7, The Message). Not a bad challenge, and not a bad assurance. 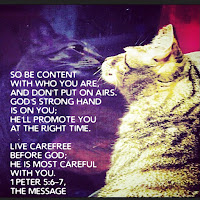 Living carefree is more difficult than it might seem on the surface, though. We live in worrisome times, made more worrisome by the seeming lack of care we extend to one another. To turn away from the toxicity can appear to be an act of negligence—if you’re not angry/worried/stressed you’re not paying attention. But there must be a way to live responsibly that also involves living carefree; and when we find that sweet spot, I think we very well may be pointing the whole world to the God who so loves it.
***
Let me know if you'd like to be added to the distribution list for Middling. I'd love for you to get it.
at November 25, 2019 No comments:

I write an occasional newsletter (quarterly when I don't forget) to friends and family about my life: music, books, work, and getting older. I'd love to send it to you if you're game. What follows is an excerpt from the summer 2018 issue, focused on books I was into in the moment.
***

I’ve been into letters lately—an antiquated genre of writing, it reveals (and demands) a lot of the letter writer. So I appreciated An American Marriage by Tayari Jones. This novel is made up in the middle of correspondence between a man and a woman working out the complexities of their relationship. How they stand up for themselves—how they fight—via letter was pretty compelling to me.

Meanwhile, I’m now starting to get back from the printer some of the books I edited for this fall—a particularly rich season for me. Quick call outs for three of them, although all told there are seven or eight of them, and they’re all quite good. White Picket Fences by Amy Julia Becker. It takes a special kind of brilliance and humility to write a book on privilege as a white person and not be obnoxious about it. Rewarding reading.

Keep Christianity Weird by Mike Frost. I’m a geek for Mike Frost going way back, and this is the kind of book that I would only trust from someone like him. He delivers the goods. The Message Devotional Bible. It’s entirely possible and even somewhat common to feel ambivalent about (and even scornful toward) Eugene Peterson’s Message version of the Bible, and yet be hopelessly enamored with every word of Eugene’s other writings. This project

brings them together, and besides enriching a Bible reading experience, it gives you a great window into how the biblical texts inform our thinking, and how our thinking informs our reading of the biblical texts. I edited this precisely so that I could read it.
at November 11, 2019 No comments:

I remember the first time I saw Len Sweet live. It was at a conference for Christian editors. I know, right? Borrrrring. But Len blew my brain all to bits. He was talking about sourdough—how this breadmaking approach dates back thousands of years and how sourdough bread has a pedigree, whole generations of loaves tracing back to the same sourdough starter. I had never heard of sourdough starter, had never thought to ask how one starts a loaf of sourdough bread. I was blown away. And of course the metaphorical potency he drew out of this sourdough story: Jesus, the Bread of Life, is our own sourdough starter, and we enrich the world when we allow our lives to be started by his life. Such a simple, organic image. Such a powerful vision for people of faith. He ended (I think; maybe this was from the second time I saw Len live) with another metaphor, the swing. How do you ride a swing? You lean back and kick forward. He was arguing that we need to consistently both think about the future and tether ourselves to our history. I was hooked.

And then—because Christian editors are, by and large, back-row Baptists, whereas I like to be where the action is—I happened to be sitting at the front table, and Len came and sat down next to me. We engaged in niceties, and he asked me if I had seen U2 on the previous week’s episode of Saturday Night Live. I had, I said. He said (and I’m reasonably confident this is a direct quote), “What Bono did on that stage will change musical performance forever.” Wow, I thought. I hope that comes on in reruns again soon. In recent years I’ve had the great pleasure of getting to know Len beyond the niceties. I’m further into my career now and less intimidated into giddiness by Christian celebrity, and I’ve served as his editor on three of his recent books. The first was his delightful, brief From Tablet to Table, where he contrasted the two metaphors (both biblical) to consider how we might live more faithfully and fruitfully in our time. A theologian I admire tweeted the question, “Why do I think this might be Len Sweet’s best book ever?” I replied, “Because it’s awesome.” The second was his Mother Tongue, a lovingly crafted homage to Mabel Boggs Sweet, a spitfire gospel preacher who endured countless indignities in the pursuit of her vocation. That book was an honor to edit. And now, the third in his NavPress canon, Rings of Fire: Walking in Faith through a Volcanic Future.

When we first discussed Rings of Fire, he was thinking of it as Soul Tsunami II, sequel to a book I had read before first meeting Len and which had contributed to my starry-eyed giddiness. The comparison is apt, because like that earlier book, Rings of Fire is the type of tome that will knock you around even as it’s getting you where you need to go. Len as future-forecaster is like the rocks we find Jesus talking about: Within this book you’ll be exposed to eruptive and disruptive social forces that threaten to trip you up and even crush you if you’re not careful; but also in here you’ll find solid rocks to stand on, even stones that cry out in witness to the work of the Spirit when we’re being too timid or cynical to pay attention. I shouldn’t be talking about rocks. Len’s operating metaphor in Rings of Fire is a volcano—generating heat, spewing destruction, dramatically reconfiguring the landscape. He counts somewhere around 25 of these culture-reshaping forces in this book, each of which could be its own book and probably soon will be, which is sort of the point. He’s looking a century into the future, considering the questions we need to start asking about our faith and our world on behalf of our kids, who are already the church of the twenty-second century. A century into the future—can you imagine? I can’t look a century into the past without getting a little bewildered. But that’s Len: He’s kicking forward, leaning back as he does. Here’s a little easter egg for you: If you look closely at the cover of Rings of Fire (I won’t tell you where) you’ll find a coffee bean. Why? Because it’s volcanic ash that makes possible the Kona bean, source of some of the richest, most flavorful coffee in the world. Volcanos are a fact of nature, and people of vision can see beyond the risk of them to the possibility of them, and can lead the rest of us to something bold and audacious and enormously gratifying. What coffee growers do with volcanoes is what each of us, with enough faith (faith being the magical mixture of vision and audacity and boldness that comes from a basic trust that God is always inviting us to lean back on his goodness and mercy as we go even as he’s kicking us forward into a desired future) can do for the world we find ourselves in: We can see beyond the eruption and disruption of our times to the possibility of the world God is leading us all into, and we can communicate that sense of possibility to the world around us as good news of the highest order. I know, right? Blowing my brain all to bits.
at November 04, 2019 No comments: