I got two problems. Problem a: I keep running out of ideas to post. Problem 2: I got books to promote.

I work for a publisher, and I edit a lot of people who over the course of the publishing process become friends. Selling your own book can be tough; you need all the help you can get. So I have these friends in need, and I have this blog in need, and I think they can help each other.

So, without further ado, the first in an occasional series of reviews of books that make my work worthwhile. I call them dangerbooks.

Today's dangerbook is The Story of God, the Story of Us, by Sean Gladding. Sean is British, but he's spent most of his adulthood in either Lexington, Kentucky, or Houston, Texas. He's back in Lexington these days with his wife, Rebecca, and two kids. Sean and Rebecca serve in pastoral roles for Communality, a new monastic community active in urban agriculture and other community development efforts. Before this most recent stint at Communality, Sean was copastoring Mercy Street in Houston, a church made up largely of people in the recovery movement. I met Sean five years ago at a retreat in New Mexico, where he told me about a teaching tool he and Rebecca had developed to help people understand the "grand narrative" of Scripture. Sounded wicked awesome to me. 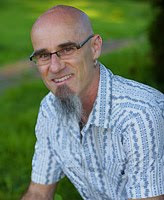 I developed a bit of a man-crush on Sean during that retreat, and I made it something of a personal mission to get that teaching tool into book form. Five years later, it's now in print. It still sounds like Sean, but it covers the whole terrain of the Bible--and not only that, it manages to transport the reader into the story itself. Eight chapters are set around a common fire lighting and warming an exilic Jewish community in Babylon. The Jews gather in the evening to sing songs of defiance and recall the glory days of the kingdom of Israel, but invariably their praise and memory gives way to bitterness: How did we, the people of God, wind up here--slaves again, exiled from the land of God's promise?

The community turns to a wise elder, one who recalls the days of temple worship in Jerusalem. This elder is himself chastened by his time in exile, and he embraces this call to confront and encourage his people: they have arrived in this place for a reason, but they have reason to hope. He retells the story of God--which, he reminds them (and us), is our story as well. from creation, where we are reminded that God is creative and good, to conceit, where we are reminded that we all too easily lose sight of God's goodness and banish ourselves from God's presence.

We leave the Old Testament with hope that God will once again deliver his people. After a brief interlude, when a student of the elder--now fully grown--tells of her return to the land of promise and her people's wait for a fuller deliverance, we are introduced to a new scene, this one an ekklesia in a major city. A visiting merchant learns what motivates such joy in his host and the people gathered in her home: the promised one of God who taught the Law, performed miracles, died and was resurrected. Now, the host tells her guest, everything is different. We see Jesus as the fulfillment of the messianic promise and his story as a continuation of the story that begins in Genesis. That merchant provides the link to the final chapter--he is now the leader of another ekklesia, this one meeting secretly to avoid persecution. He tells the end of the story, with the Roman empire (and all empires) subverted by the kingdom of God, the Roman tyrant (and all tyrants) supplanted by the Prince of Peace.

I loved this book; it's remarkably creative, pastorally sensitive, prophetically provocative. It rewards private reading but is intended to be read out loud in community. You can get the book at ivpress.com or at fine booksellers wherever.

Just for kicks, Sean teamed up with the folks at The Work of the People to supplement his book with a six-session video series. The videos run eight minutes each and cover six core themes in the Scriptures. Here he's not telling stories; here he's raising questions and suggesting ways of living more in sync with the love of God. The videos sell for $15 each, but you can get all six, along with a discussion guide, for $30. Trust me, they'll provoke plenty of discussion and reward regular viewing--I've found myself moved every time I've watched "Reconciliation," to say nothing of everything else.

This was a great book to edit; it was also an adventure, since we rushed the book so it could be made available at a conference called, fittingly, "Story." That meant multiple conversations every week with Sean over the course of several months. I miss those regular conversations, honestly. So I'm hoping a ton of people will buy the book so we can acquire another one from him. Do Sean and me--and yourself--a favor, and pick up a copy of The Story of God, the Story of Us. Then pick up another one and give it to someone you enjoy spending time with. You'll be doing them a favor too.

That's it for episode one of "Dangerbooks." Hope you enjoyed it. Look for the next installment whenever I run out of other material to report.
Email Post
Labels: Communality Dangerbooks Sean Gladding