We Could Be Heroes, Part Three of Three 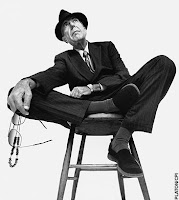 Songwriter Leonard Cohen had a moment of pure insight in his song “Anthem”: “There is a crack in everything; that’s how the light gets in.” The early church was full of cracks, and those cracks sometimes really hurt and sometimes made life tough. But through those cracks bled the wisdom of God, the power of God, the light of the world. I want you to imagine this scene with me. It’s from the second chapter of the Book of Acts, the story that continues the Gospel of Luke after the resurrection of Jesus. A room full of powerless, broken, marginalized, insecure people, still processing the death, resurrection and subsequent disappearance of the One who brought them all together. Suddenly each of them was touched with a tongue of fire from heaven and they all started “declaring the wonders of God” in languages that they shouldn’t know, in the hearing of a large crowd of people who knew all those languages. It was remarkable, and everyone was blown away by it. 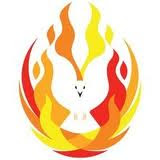 Peter the apostle stood up to explain what was going on—that God had done something miraculous not only through the Holy Spirit that day but through the incarnation of Jesus the Son of God. This Jesus had just been killed at the hands of powerful people like the governor of Jerusalem and the temple authorities, but with the consent of the ordinary, everyday people lining the streets of the city. The realization in that moment among thousands of ordinary, everyday people that they were complicit in the execution of God was remarkable, and everyone was blown away by it. Three thousand people in one day accepted the gift of salvation from Jesus through the preaching of Peter and became Christians. It was remarkable, and we are legitimately blown away by it. But now I want you to imagine the next day, and the next, and the next. Thousands of ordinary, everyday people, whom the apostle Paul would eventually describe as powerless, broken, marginalized, foolish. They didn’t convert to Christianity and storm the temple or the governor’s palace and take over the joint. They remained on the margins; they remained weak. They were stuck with each other, trying to make sense of each other and the shared experience of the salvation of Jesus and the baptism of the Holy Spirit. This is how they did that, reading from Acts 2:42-47: "They devoted themselves to the apostles’ teaching and to fellowship, to the breaking of bread and to prayer. Everyone was filled with awe at the many wonders and signs performed by the apostles. All the believers were together and had everything in common. They sold property and possessions to give to anyone who had need. Every day they continued to meet together in the temple courts. They broke bread in their homes and ate together with glad and sincere hearts, praising God and enjoying the favor of all the people. And the Lord added to their number daily those who were being saved." Listening to teaching about Jesus, eating together, praying together. Sharing their stuff and getting together regularly. These are not especially heroic acts. But these acts, practiced regularly and even daily, developed a culture that sustained and grew the church and made it into the soul-shaping force it is today. It was in the midst of this culture of faithfulness that the weak displayed the strength of God, that the foolish displayed the wisdom of God, that the powerless and marginalized showed the superiority of God’s vision for the world over that of the people who hold power so poorly and oppress people so casually. It was in this way that the church grew until it was undeniable and unavoidable, to the point when the religious authorities tried to break it up and the Roman government tried to destroy it and eventually gave in to it. By giving themselves to God and to one another in these small, everyday ways, the people of God changed the world. By being a new kind of normal, the people of God became heroes. In one day, in the wake of one remarkable act of God, three thousand people came to Jesus. But moments like that are necessarily rare. The more common experience is this day to day working out of who we are and what God has in mind for us—the daily wrestling with our inherent weaknesses, the cracks in us and in the uneasy fellowship we discover with each other. The vocation of the church—you, me, all of us—is to be ready for those remarkable days like the day of Pentecost, to be sure. But it’s also to develop a culture that contends together with our weaknesses, our vulnerabilities, our limitations, and yet continues to take on the heroic task of introducing the world to Jesus, of letting the light of Jesus shine through to a dark world, of sharing ourselves with one another and so introducing to the world a way of living in the strength of the God who created us, who saves us, who loves us and works for our good. Like these early followers of Jesus, we will often feel inadequate. But like them, when we submit ourselves with all our fears and inadequacies to God, when we subject ourselves to the culture together that God has called us to, we too could be heroes.
Email Post