I hate to read too much into something, but I think I may have discovered an unintended consequence of the Age of Social Media: people who report to you now want to report to you every little thing. I hasten to add: no one reports to me. The only people whose vocational success I am entrusted with are interns, who work for free, and I am currently internless. So my research pool could not be smaller. But I do observe stuff, both firsthand and secondhand, and it seems to me from what I've observed that people raised on social media tend to give people who, um, weren't so raised updates on the progress of a project in extraordinary detail. "Just wanted to let you know I wrote that email." "Just wanted to let you know I finished that filing." "Just wanted to let you know I got back from my break." It's really quite conscientious, I guess, but it's also sort of like micromanagement in reverse--"micro-managedment" or "micromanage me!" maybe. I don't know what protocol or even etiquette demands in such a situation: "Roger that"? "Well done"? "Okey-dokey"? I actually think no response is expected; I think there's simply now a new expectation that no task is completed until its completion has been shared. 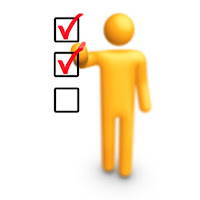 It strikes me that this is how an early adopter of social media might organize her day: chronicling and reporting every action is the regimen Twitter is notorious for. Older and less networking-savvy folks find this to be obnoxious and a sign of immature self-involvement. I've never subscribed to that opinion and was as early an adopter of these media as I could be, which may be a signal of my own immaturity and self-involvement but I prefer to think is evidence that I got the inherent logic of it: a world that has barreled relentlessly into a culture of atomized individualism--human rocks and islands who have no need of anyone (no, old people, that's not at all obnoxious or self-involved)--has unmet needs for a shared life. We post our thoughts and feelings and actions not because we are so satisfied with ourselves (well, sometimes that's why we post them) but because we can't be sure of what's going on in and through us until they've been at least put in the way of other human beings to affirm or dispute. "I think, therefore I am" has, as a first cause for the Modern Age, shown its limitations: our thinking cannot be independently verified, and so it is in fact the least reliable indicator that we exist. In place of Rene Descartes' dictum has stepped the tribal African notion of ubuntu, characterized by John Mbiti as " "I am because we are, and since we are, therefore I am." I reviewed a book about ubuntu here a few years ago, and I've also encountered it in other reading, particularly that of Desmond Tutu and other writing about the South African experience. Its impact on the world, it seems to me, reaches far beyond people's familiarity with the term. We are, I'm happy to speculate, more influenced by non-European cultures than we realize; in some ways ubuntu has transcended its long-officially segregated conceptual location to completely overhaul how we understand ourselves and, more prosaically, how we report to our supervisors. I'm all for it, although it strikes me as a bit inefficient to have to hear and acknowledge every little thing that every coworker is doing at any given moment. It makes me sort of want to start a new social media platform just to outsource the whole process: call it DoneList, maybe, or Get Out of My Space.
Email Post