I run around with a lot of people who are trying to change people's minds on a lot of things. How we do church, how we do publishing, how we do social change, how we do what we do--all of these things are, in the minds of my friends (and, for the most part, in my mind as well), up for revision. Some of these things are better primed for change than others. "There's something about the gallows," a publishing executive I know likes to say, "that focuses the mind." Publishing, in other words, is in danger of perishing--unless we make some changes. I think that's hyperbole, but I think that mainly because I'm predisposed to change and see it as the normal order of things. In any case, a change junkie would say something like that, wouldn't they? "Don't waste a crisis," I think Rahm Emmanuel said when he stepped into the role of White House Chief of Staff for new president Barack Obama. "The sky is falling!" doesn't have to be cause for panic; shouted by the right Machiavellian mouth, it can be the preamble to a paradigm shift. Many a movement has been dissembled from within, however--even by the loudest, shrewdest champions of it. I'm pretty sure that the following remedial rules apply to any effort to lead people through significant change: 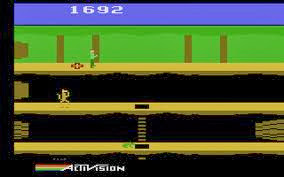 1. Don't treat smart people like they're stupid. You see the need for change sooooo clearly; your colleagues see things differently. Do them and yourself (and even your agenda) a favor and assume they have well-reasoned reasons for being dubious about your proposal. 2. Don't treat competent people like they're incompetent. You'll be tempted to point to failures under the current paradigm. Remember as you do that these failures trace back to real people, who acted in good faith on their best effort drawing on the best information they had available. Even if they acknowledge that the failure was in fact a failure (they may well disagree with you), it will still sting to hear it discussed, and they won't be especially excited to stick their neck out for something new. 3. Don't treat committed people like they're uncommitted. Just because you perceive that people's hard work is misdirected doesn't mean that they're not working hard, in good faith, toward a desired outcome that looks a lot like yours. Some of these folks will have been at it for years--years more than you have, actually. I've found this often to be the case that newcomers see the dead ends more quickly and clearly, but old-timers see the potholes and pitfalls, and they know from experience the damage they can do. Pitfalls and potholes are, of course, common along the journey through a paradigm shift. Just because they're there, looming on the horizon, doesn't mean change isn't in order. You know that; the other early adopters know that. So do, as a matter of fact, the smart, competent, committed people you're trying to coax into the change you're seeking. Paradigm shifts aren't the sort of thing you can manufacture or manipulate; they are a kind of collective epiphany that people arrive at in staggered sequence -- some subtly, some dramatically, some begrudgingly. Paradigm shifts don't need puppet masters, mercilessly pulling the strings of people they think are too stupid or lazy or unskilled to respond to reality. Paradigm shifts need something more like a midwife: knowledgeable about the signals for action, attentive to the vulnerabilities and anxieties that get exposed along the way, ready to respond to any crises that present themselves, committed both to the one to be born and the one giving birth. Like everything, then, the first requirement of a change agent is love--not love for the idea of change or the imagined future some change may bring, but love for those among whom some change is being born. For some change agents, this kind of love may be its own paradigm shift. I don't suppose I'm the only person who's thought about this, nor am I the only person who's struggled through needed change in an organization or two. So I hope you'll share your stories and insights about prerequisites for paradigm shifts, either here in the comments or on my Facebook page, Google Plus or Twitter.
Email Post