Oh, the Places You've Gone! 17 Unbelievable Realities About Our Elders

My childhood neighbor and surrogate grandmother, Ethel, died recently. She was just a few months shy of a hundred years old, but I'm willing to round up. It struck me just how much happened over the course of her lifetime, something that often escapes my attention. I, like many if not most of us, am usually preoccupied by youth - all those things that are arrestingly true of generations younger than mine: * They think of the 1980s as ancient history! * They presume you can watch, see, read or review anything that ever existed at a mere swipe of the hand! * They've never seen a roll of film! * They've never known a world without the Internet or The Simpsons! It's perfectly understandable to me why such things amaze and enthrall us, if only because I find myself amazed and enthralled by them. But our attention is directed toward youth, and as a consequence we overlook what's amazing and enthralling about those older than us. Here, for example, are some things that were true about my dear Ethel: 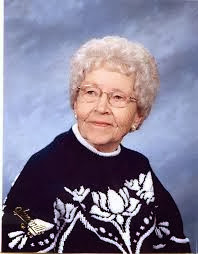 * She was born without the right to vote. * She watched soldiers return from battle in World War I, World War II, the Korean conflict, the Vietnam War, Iraq and Afghanistan and countless other military actions. * She lost the right to drink alcohol when she was seven. She regained the right to drink alcohol when she was twenty. * She was nearly finished with high school at the start of the Great Depression. * She heard Franklin D. Roosevelt say "The only thing we have to fear is fear itself" in 1933, and "Today is a day that will live in infamy" in 1941. * She saw film reels of Jesse Owens winning four gold medals at the 1936 Olympics in Hitler's Berlin. * She heard the news about the German airship Hindenburg exploding over Lakehurst, New Jersey. * She endured food and material rationing during World War II. She later endured long lines at the gas station during oil embargoes in the 1970s. She was encouraged to shop as an act of patriotism in the wake of the September 11, 2001, attacks on New York and Washington, DC. * She witnessed the destruction of two Japanese cities by nuclear bomb. * Sound and color changed the way she watched movies. * She wrestled with her whiteness as Southern blacks fought for their basic human rights. * She saw President Kennedy say "Ask not what your country can do for you, but what you can do for your country," and she also saw him get shot to death. * She saw Martin Luther King Jr. share his dream with the world, and she saw him shot to death in Memphis. * She paid little attention to the arrest and decades-long imprisonment of Nelson Mandela. * She prayed for American ambassadorial staff held hostage in Iran, and for the loved ones of the astronauts killed in the crash of two space shuttles. * She witnessed the collapse of the Soviet Union and the inauguration of America's first nonwhite president. * Her parents would have been amazed and enthralled at the realization that she had never known a world without cars or airplanes. This is the world my dear Ethel witnessed from her little house in Des Moines, Iowa. She kept her chin up through it all, and she never lost a sense of amazement in all the time I knew her. Folks like Ethel are all around us, and if we give them our attention, I suspect we'll be enthralled by what they share with us.
Email Post

Unknown said…
Thanks for the special memory of our very special Ethel. She continues to be a positive influence on our family.
9:56 AM