The music I've gotten the most excited about this year has been inherently and unashamedly unoriginal. Two albums were released that featured great singers covering songs by great songwriters. The songwriters are almost exclusively men; the singers are both women. I find it impossible to not compare the singers to each other, which I suppose is one of the many burdens of womanhood. The singers are both blasts from the past: Natalie Imbruglia, who came rushing out of Australian television in the mid 1990s with her devastating single "Torn," released her collection of interpretations of songs by male songwriters (Male) mid summer. It was followed in late September by Uncovered, the second collection of cover songs (third if you include her Christmas album) released by Shawn Colvin, best known for her mid-90s single "Sunny Came Home." I used to have a thing for both of them, if I'm being honest. These two singers could hardly be more different. Imbruglia had all the marks of a pop sensation when she broke. She had cut her teeth as a soap opera actress, and she looked the part. There was great drama in "Torn"; you could imagine her feeling "all out of faith ... lying broken on the floor." She sold the story of the song with her voice, and the video only drove it home for her. Meanwhile, Shawn Colvin had come from the ground; paying her dues in the heartland before taking a risk on New York, "walking these streets forlorn" (maybe the least impressive phrase in her brilliant song "Polaroids") until she won a Grammy for her first record and again years later for "Sunny." Imbruglia was a pop princess; Colvin was a folk goddess. I used to have a thing for both of them, if I'm being honest. The heyday for both singers was a millennium ago, of course. But they have not gone away, and this year they both had great ideas for albums. Imbruglia's Male was a kind of thought experiment: These guys wrote these great songs; how would their meaning, their resonance, change if the voice behind them were a woman's rather than a man's? What emerges from the songs when their arrangements come from the heart of a woman? 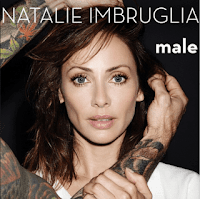 Some of these experiments fare better than others, honestly. Her song selections are ambitious and somewhat eclectic, ranging from the urgent "Instant Crush" to the spartan "Only Love Can Break Your Heart" and the done-to-death "Melt with You." I knew nine of these twelve songs in their original versions, which suggests to me that Imbruglia didn't waste a lot of time researching her playlist. I can see the sense in that, actually: The point of the project is comparison, so the shorter the path to recognition, the better. Some of her interpretations, unfortunately, suffer from comparison. There was nothing whatsoever wrong with "I'll Follow You into the Dark" by Death Cab for Cutie, and Imbruglia's modest lullaby version just makes the inherent fatalism in the song seem misplaced and confused. Why would you subject a baby to such sadness? When I hear "Let My Love Open the Door" these days, I don't think of Pete Townshend, as great as his original is; I think of Steve Carell's heartfelt performance in the film Dan in Real Life; Imbruglia's cover is certainly different and nicely feminine (again, I could picture singing this to a child, something that never occurred to me with other versions of the song), but it's still an odd comparison. She's at her best when she's less maternal and more sad and/or desperate: with "Instant Crush," "Naked As We Came," "Summer," and covering Neil Young, of all people. The big weakness of Male, I think, is in the production: The recording sometimes sounds like it was started in Imbruglia's home studio in Australia and then finished off at a music factory in an LA suburb. Her voice is way out in front on every track, and aspects of some arrangements seem to be afterthoughts (for example, the hoots and hollers in "I Melt with You" and "Friday I'm in Love") .I think she would have benefited from collaborating with someone a little further removed from the pop charts, like Damien Rice (she covers his "Cannonball") or Duncan Sheik (another 90s standout). I'm reminded of the excellent collaborations of Bangles singer Susannah Hoffs and Matthew Sweet, for example. Still, I love the concept of the album, and I find myself cheering her with each new listen. Meanwhile, back at the ranch, nobody interprets a song like Shawn Colvin. Her previous collection (Cover Girl) features some of my favorite songs of my early adulthood, and it seems to me she puts a cover single out whenever she needs a little money. (Exhibit A: "Crazy" by Gnarls Barkley.) I only recognized half of the songs on Colvin's "Uncovered," and most of those songs are either deep tracks or decades removed from cultural memory. Here the song itself is the point, not the space between interpretations or the role of gender in making meaning. If Imbruglia is a singer interpreting other singers; Colvin is a songwriter paying tribute to fellow songwriters. 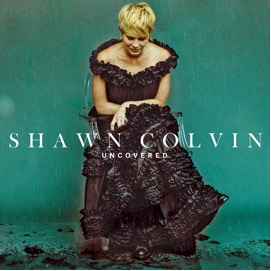 In a smart, smart move, Colvin released a few of these tracks early, including the Creedence Clearwater Revival song "Lodi" and "Hold On," a song I was sure came from Emmylou Harris but actually came from Tom Waits. Either way, every time I hear it I come thisclose to crying, and then I listen to it again. Likewise, Bruce Springsteen's "Tougher Than the Rest" cuts through your defenses and puts you in touch with the vulnerability of love and the urgency of commitment. Even the poppy "Give Me a Little Sign" (featuring Marc Cohn, whose cover album 1970 is a favorite) picks up some edge and pathos in Colvin's capable hands. Best tracks: "Tougher Than the Rest," "American Tune," "Private Universe" and, of course, "Hold On." Colvin's Uncovered released just in time for me to listen to it on a flight to Oklahoma City, but as with much of her catalog, it's ideally suited to a road trip. Male, in contrast, is meant to be heard in spurts; listening straight through the album requires too many gear shifts. But I'm glad I have it, and I expect I'll dip into it now and then, just as I'll regularly return to Colvin's disc. If I'm being honest, I used to have a thing for both of them.
Email Post

Anonymous said…
2 mushy girl songs, about how soft, silly, or would ignorant be a better word (?) & victim like girls are - some girls are, but, today most girls are not - & this is a good thing.
Tammy Wynett - Stand by Your Man & Dolly Parton - Jolene = helpless women.
I love Dolly Parton, she comes across as a bimbo, in fact she is most certainly no one to be trifled with.
Men like strange women songs - ?
4:55 AM