On Poetry, or Publishing, or Christianity, or Life in General

A friend of mine has a mantra that serves as a tagline to his blog and, I presume, a verbal escape valve: "Whatever you do," I picture him muttering under breath, "there will be critics."

I've stolen that idea from him on numerous occasions--not for personal profit, but rather to talk my blood pressure down during times when I've felt misunderstood, misrepresented, even betrayed by people who probably have more influence over me than is appropriate.

I'm a people-pleaser, but I work in an industry (Christian publishing) that is perpetuated at least in part by strong disagreement. One of our bestselling books from 2009 was, if you can follow this, a response by a scholar to a booklength critique of his theology by another scholar, whose own scholarship has precipitated a cottage industry's worth of critique. We relish every book review, positive or negative, as evidence of a book's influence; on particularly provocative books we identify the author's opponents and invite them to endorse.

We're not alone in this seemingly dysfunctional publishing strategy. Arguably publishing's whole history is the codifying of disagreement. Twentieth-century theologians Karl Barth and Emil Brunner duked it out in print; in response to Brunner's essay "Nature and Grace," Barth published an essay titled "No!" Friedrich Schleiermacher published his On Religion as a collection of "Speeches to Its Cultured Despisers." On and on, back and forth, from the invention of the printing press, from the discovery of ink, from the creation of language even, debate and argument have been present, and rancor and derisiveness have been barely hidden in the shadows. Debates in print are sometimes irenic, sometimes passionate, and generally well-articulated, because they have the benefit of a publisher's pace: it takes time to set those characters in proper order, to dot the i's and cross the t's and whatnot, and in that time tempers can sometimes cool and passion can find its focus. So despite the apparent enabling of my chosen profession for vitriol and awfulizing, we generally know what we're doing, and we can generally find ways to keep it civil. 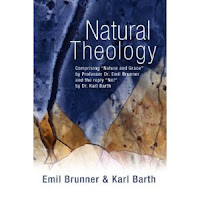 Ah, if only it were so easy in a digital world--in a broadcast world, even. Soundbites predate Twitter, you may recall, and twenty-four-hour news cycles were around long before the Drudge Report. Publishing seems quaint, anachronistic, in an era where people distill their opinions into thirty seconds or 140 characters. And when they have microphones stuck in their faces, or dead air to fill on the radio, or a ticking clock on their fifteen minutes of fame, sometimes they commit to words sometimes before they think through their thoughts.

I think it begins with a commitment. We start by attaching ourselves to our opponent. Jesus might have put it in a way that on its surface makes no sense: we commit to love our enemies.

I read a thing about Allen Ginsberg once that has stuck with me ever since; I don't remember where I originally read it, but I found the original anecdote online in the book Claims for Poetry by Marvin Bell. Here's the story, with Bell's context:

The literary career is sometimes a hideous notion. It brings out the worst in critics and reviewers. It develops cliques and antagonistic loyalties when what a poet [or any communicator, I'd say] most needs is to learn from that which most opposes him or her, most disturbs, most confronts. Instead of support, the poet gets knee-jerk hostility from other "camps," and equally reflexive self-imaging praise from friends.

I remember walking across a lawn with Allen Ginsberg in the sixties. A young man called out to him, "What do you think of Creeley's new book?" His tone was clear: he himself didn't think so much of it. Maybe Ginsberg didn't either. But he turned and said, "Whatever Bob's doing, I'm for him." A little more of that would go a long way toward a great American poetry.

TBone said…
I like the "love your enemies" tie in. As a people-pleaser myself, I understand the difficulty in speaking the truth without offending. It's a tough act, but the people who do it well, do things very well.
However, I totally agree with your last line - a little more "I'm for him" would go a long way toward a better world.
9:04 PM