“There’s room at the top, they are telling you still. But first you must learn how to smile as you kill.” —John Lennon, “Working Class Hero” Every day was the same, for as long as he bothered to remember. He would strain at the rock, pushing and pushing, feeling it in his arms, his shoulders, his back, his feet. Every inch of ground he gained on the hill made the work that much harder, the climb that much steeper. And then he would reach the peak, and after a moment of rest and satisfaction, he would watch the boulder roll down the hill. He would follow it down, and begin again. Then one day, he looked around. Just for a moment. That’s when he saw the others. Person upon person, pushing boulder after boulder. He’d never noticed before. And then he had an idea: Maybe the rut of another boulder would make his pushing easier. He steered his path toward his nearest neighbor, and wouldn’t you know it, the uphill climb became easier—only negligibly so, but after what seemed an eternity of pushing, every little bit helps. When he reached the peak, he took a moment to celebrate. In the second between his boulder’s summiting and its plummeting, he took another look around. There he noticed more people—different people. People without rocks of their own. People whispering among themselves and gesturing toward him. Then his rock rolled away, and he chased after it. But he kept thinking about the day’s strange turn of events. At the base of the hill he took his position behind his rock and made ready to push. He took note of where the other pushers were and picked a target to follow, and again he found the slightest bit of relief in the day’s ascent. There was still the rock, still the climb, but he noticed the faintest of smiles trying to break out on his face. He reached the top and looked around, and he noticed that some of the other rock pushers had already begun their descent. And then he had the strangest thought. I wonder if I could hit one of them with my rock. The rock was already slipping away from him, but he reached out and gave it a little push—barely enough to alter its course just a little bit. He watched as the rock rolled toward one of the pushers downhill from him. He noticed the disappointment that flashed over him as the rock rolled by, grazing the pusher’s leg. Then he looked around and caught the eye of one of the rockless people, who smiled and nodded toward him before turning away. Sisyphus made his way down the hill, but he was no longer trudging. He felt a vague sense of accomplishment, a faint tingle of delight. He liked the feeling, he decided. He actually hurried. Then he took his place behind the rock and began his ascent. He settled in behind another pusher and found himself annoyed. Why is this pusher so slow? he muttered under breath. Even so, he eventually summited, took quick note of the location of the other pushers, made a brief mental calculation, and leaned hard on the side of his rock before it broke loose from him. The rock rolled down the hill. Sisyphus noticed that he was breathing fast. An unsuspecting pusher continued to make her way downhill, ignorant of the boulder gaining on her, pressing down on her. The boulder made contact; the pusher collapsed under its weight and momentum. The rock kept rolling. The pusher didn’t get back up. Sisyphus let out a gasp, or was it a laugh? He looked around. Some of the rockless observers were pointing, laughing. Others were shaking their heads. One seemed to sigh and even suppress a tear. Sisyphus made his way down the hill. He was smiling as he went. Then he took his place behind his rock and began pushing. This pattern continued for some time. Sisyphus’s rock didn’t always make contact with another pusher, but he always aimed it, and when his boulder crushed a pusher he would seek the eye of one of the rockless observers. He would smile at them, and they would smile at him. He reveled in his superiority over the other pushers, who lacked vision and displayed no freedom of thought. He had come to take pride in his work. Then one day, Sisyphus summited. He aimed his boulder and sent it rolling down the hill. He pointed and laughed as the boulder struck one and then another pusher on its way down. And then he sighed as he watched the boulder come to rest at the base of the hill. But this time, Sisyphus lingered. The other pushers were long gone. He stood and watched, and he wondered at his indecisiveness. Why was he not heading downhill? Why was he just standing there? What would happen to his rock? He waited. And watched. And before too long, he saw a new pusher step toward his rock—the rock he had been pushing and chasing for all eternity past—and begin to push his rock up the hill. And Sisyphus bowed his head, sighed, took his place alongside the watchers, and continued to watch.

Can I just say what a aid to search out someone who really knows what theyre speaking about on the internet. You definitely know the way to carry a difficulty to gentle and make it important. Extra folks need to learn this and perceive this side of the story. I cant believe youre no more well-liked since you undoubtedly have the gift. bovada casino 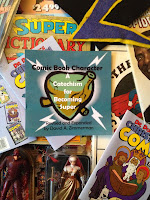