You're So Fabulously Absolute: Excerpts from Middling

I write an occasional newsletter (quarterly when I don't forget) to friends and family about my life: music, books, work, and getting older. I'd love to send it to you if you're game. What follows is an excerpt from the spring 2019 issue, a tribute to musician Joe Jackson on the occasion of his fortieth anniversary as a recording artist. (This is as good a time as any to tell you that I keep a Spotify playlist of the songs I commend in my newsletter. You can access it here:
***
I have no illusions about the superficiality of my musical interests when I was a kid. I grew up in a town with a very limited musical palate, with radio stations that focused narrowly on Top 40 and classic rock. I did, however, come into early adolescence at the dawn of MTV, and in those early days of music television the dominant form was the New Wave. I have clear recollections of Elvis Costello asking what's so funny about peace, love, and understanding; I somehow identified with the relational angst of Squeeze as they drank black coffee in bed and reflected on times they were tempted by the fruit of another; and I was regularly cut to the heart by the ferocious melancholy of the great Joe Jackson. 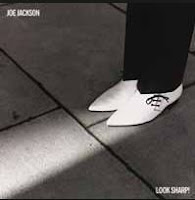 Jackson, in the unforgiving glare of history, is one of the New Wave's lesser lights. There are certainly reasons: He lacked the charm of contemporaries like David Byrne (of Talking Heads) and Sting (of The Police), and while his musicianship is indisputable, his pretentiousness worked at cross purposes with the democratization of music that came with its transition to television. Video did, in fact, kill the radio star, and Joe Jackson is arguably one of its many victims. 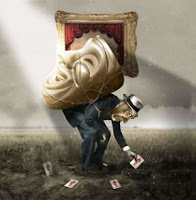 This year marks Jackson's fortieth anniversary as a recording artist, and so I was excited to purchase his new record, Fool. The liberation that comes with a marginalization precipitated by pretentiousness is evident in the music Jackson has made in the intervening decades: He's a remarkable pianist and composer, and so his tracks are consistently intricate and interesting, even as they break the reductionist rules of radio-friendliness. The new record kicks off with a decidedly cool track called "Big Black Cloud," reflecting the artist's fundamental cynicism: "Hey, hey, today's another day" is the first line of this first track. The chorus rejects the graces of grammar and punctuation to shout its indictment on life in our age:

Let's be honest: To fully appreciate this record, it helps to have already become a fan of Joe Jackson. You have to accept the worldview that colors his art, and that train left the station in 1979. But I'm absolutely a fan, and so I don't even take it personally when he writes a damning anthem of modern midlife and calls it "Dave":

COULD IT BE THAT WHILE WE'RE RUSHING ROUND THE WORLD WE'RE WASTING ALL OUR TIME?

Forty years ago Jackson released the impressive introductory album Look Sharp! featuring tracks like "Is She Really Going Out with Him?" and "Fools in Love." So cynicism is kind of his thing. Jackson wrote about this record in his memoir A Cure for Gravity (yeah, I read it--bought it off the rack in a resale shop, which made me simultaneously happy for myself and sad for Joe Jackson). Here's what he had to say:

It positively reeks of the year 1978, although it wasn't released until the beginning of 1979. . . . At twenty-three or twenty-four it seems very clever to say that the world is just a bag of woe. By the time you get to, say, forty, you've seen some woe, and it's not so funny anymore. 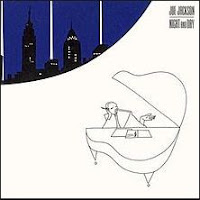 The album that won me over came out in 1982: Night and Day, featuring three tracks on heavy rotation on MTV in my formative youth: "Breaking Us in Two," about a relationship in the process of falling apart; "Stepping Out," about a relationship on the hunt for a renewed hope in one another; and "Real Men," a confusing song for a twelve-year-old, I freely admit: In it he addresses toxic masculinity and fluid sexuality. I didn't know what to do with the song; I only knew that it made me want to cry a little:

What's a man now, what's a man mean Is he rough or is he rugged Is he cultural and clean Now it's all change, it's got to change more Cause we think it's getting better But nobody's really sure

Check out two tracks: One a chart-topper from his glory days, and one a throwback track from today. He's an acquired taste, I freely admit, but maybe you'll acquire it.
***
Let me know if you'd like to be signed up to get Middling in your in-box. Thanks for reading!
Email Post