The Hulk Is a 9: An Enneagram Adventure (Prologue)

Every now and then I come out of my shell and risk ridicule by suggesting, ever so softly, that in the pantheon of the Marvel Entertainment Universe, the best representation of an enneagram 9 is not the stoic Vision or the empathic Mantis but the Incredible Hulk. People think I’m kidding. I’m not. The enneagram is a system devised to explore human personality. Organized by nine spaces in three triads, it considers how individuals learn to go through life, how their inner logic is derived from their essential identity but damaged through trauma and misunderstanding, and ultimately how they might confront the inner barriers to their becoming their true selves. 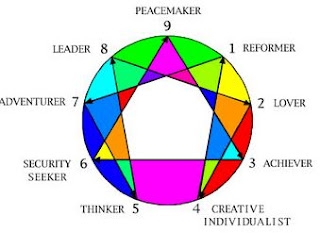 The enneagram 9 is commonly thought of as the peacemaker, the person most invested in establishing or restoring equilibrium to an environment. “Can’t we all just get along?” is something of a mantra to the 9 (at least in caricature). People come to rely on the 9’s quietude, unflappability. You might say they enable it. The first goal of the enneagram is not to classify a person for the sake of social organization; it is rather to help a person come to an awareness of their shadow self, the thing that is keeping them from a full and fulfilling experience of life in community. (It is, in fact, pretty easy to damage people through a preoccupation with enneagram numbers.) If there is any fictional character in the modern imagination that would benefit from such help, it is the Hulk—a man-monster alternately reclusive and disengaged from society, on the one hand, and violently destructive, on the other. 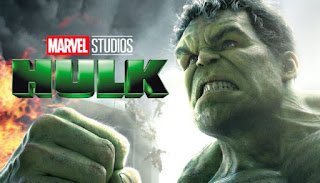 What is keeping the Hulk from a full and flourishing life? And what is the internal logic that drives the Hulk’s dysfunctions? We can ask the same questions of ourselves. The challenge we are led through with the enneagram is to stare the monster in the face and not flinch, and to come out the other side closer to shalom for ourselves and for those around us. So then, over the course of a series of posts, I'll be taking a close look at the Hulk, or Bruce Banner as he’s known to his friends. I’ll skip over the two major films in which the Hulk is the central character, not because they’re unhelpful to my argument but because they aren’t as deeply rooted in our cultural imagination, so only the true nerds would know or appreciate the references. No, for now we’ll stick with Marvel’s movies in phases 1-3, starting with The Avengers, in which the Hulk plays a significant, though not central, role. Final prefatory note: I am by no means an expert on the enneagram. I am, I believe, an enneagram 9, and so I think I bring some helpful perspective to bear on the question. (I did run this article by a friend or two who are enneagram experts, and they seemed to think it would be harmless.) If you find yourself wishing for better footnotes and more overt references to Richard Rohr, may I advise you to relax? It’s an article about a comic book character. Check back here for new installments over the next several weeks. If you want to pick a fight with me along the way, feel free. But fair warning: You may like me in my resting enneagram 9 state, but you wouldn't like me when I'm angry.
Email Post

Unknown said…
Hey Dave, this is Alex Haney. As someone who is also a 9 (from my understanding and some test results) as well as a Hulk fan, I'm interested in what you have to say.
11:21 AM

David Zimmerman said…
Hey Alex! Glad to hear you're on board. Game respects game. :) Let me know if you think I'm off base, but just know that you're wrong and I'm right. :)
10:15 PM