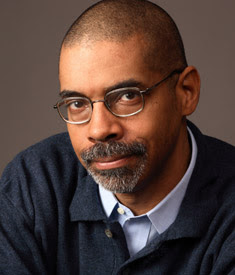 Yale law professor and elusive political commentator Stephen Carter has offered a helpful check against a blanket affirmation of empathy, in this case as applied to President Obama's search criteria for Supreme Court Justices, and particularly to Carter's former classmate Sonia Sotamayor:

I respectfully disagree with President Obama that "empathy" is an important characteristic in a judge. Had the President said what I think he probably meant--"patience" or "a willingness to listen and learn"--I would have agreed. Judge Sotomayor has both in spades. But "empathy" is an empty standard. For example, a judge who always rules in favor of investment banks might have empathy for Wall Streeters; and, during the civil rights era, there were plenty of Southern apologists who described the working-class whites of the South as the truly oppressed in America.

I've been enamored of late with the concept of empathy (along with its ethical companion solidarity). On its face empathy sounds so good: a predisposition to understand and appreciate those we come across. But Carter rightfully points out that some things are not meant to be understood or appreciated--only confounded and confronted. That being said, empathy for the person need not be understood as endorsement of the idea or act. Seeking to understand the racist who stands defiant of the arc of justice, or the ethically shallow Wall Street investor who operates under the assumption that "greed is good," or--for that matter--the cloistered suburbanite who sees no neighbor beyond his immediate surroundings--is part of the ministry of reconciliation we're called to by such prophets as Martin Luther King Jr. Maybe we need a solidarity prayer to parallel the serenity prayer:

God grant me the empathy to embrace those I do not understand,
the will to resist that which must not be embraced,
and the wisdom to know the difference.