Focus on the Sway

I had two completely different conversations in one day. That’s actually a rarity for me; I spend eight hours a day at a job that fits me to a T, talking to a relatively closed set of people (they all orbit a common faith statement, and most of them went to Wheaton College). So when people go in utterly different directions, I tend to sit up and take notice.

I guess I shouldn’t say “utterly” or “completely different.” There was still a profound underlying homogeneity between my two conversation partners—both white, both artful, both based in California, both likely willing to sign the same faith statement, neither Wheaton alumnae. They may use the same hair care products, for all I know. I speak in such superlatives in part because their differences shine more brightly through all that sameness, and because I feel myself pulled in two directions by the logic of both their positions. They aren’t disputing each other; they’re simply articulating what they value, and I can see why they value it and find myself swayed by it. And then the other one talks, and I sway the other way. 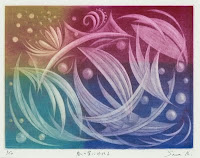 The issue is pragmatic: What constitutes “success” in Christian witness? The guy swears he’s “not a size person by ANY means,” but he measures the effectiveness of a church or ministry (including his own effectiveness) by the number of people who convert and stick with it. A large church is likely doing something right; a small church is likely doing something wrong. He focuses, you might say, on “the fruit” of witness.

The woman, by contrast, spoke repeatedly about the value of “attraction” rather than “promotion.” She wanted to evoke in people a neglected desire for God, without getting caught up in sealing any deals or making explicit appeals to conversion. She focuses, I’d suggest, on “the seeds” of witness.

I suppose each of them made a decision at some point—probably a more complicated decision, and more informed by temperament and personal history, than either of them might acknowledge—that the right “ethic” of Christian witness was at one or the other end of that spectrum—a focus on the seeds or on the fruits. I don’t suppose either of them would reject the legitimacy of the other position in whole cloth; their faith statements and cultural location are too similar for that. But I do think they would privately, even subconsciously, pooh-pooh each other’s position, and each would judge me a little bit by how closely I align with them on this particular spectrum.

On balance, I think I find myself more suspicious of the fruit side than the seed side, for all sorts of reasons only some of which are objective. I suspect, for example, that the uncle who told me to stop writing so much about God would feel more comfortable around me if I followed the trajectory of the seed lady; being a people-pleasing insecure member of a family full of strong personalities, I’m almost always looking for ways to not be weird. I also fancy myself as a creative type, and fruits are far too final for comfort. I’d much rather start something than finish something. And even moreso, I think of myself as more personal than local—conversations involving God for me are more a matter of the moment for the conversation partners, and less a matter of drawing lines and guarding orthodoxy.

That’s a nice, ambiguous, seedy way of saying that I think giving witness to the claim of God on our world and our lives is an undeniable expectation on people of Christian faith, and that toward that end, seed conversations draw fewer lines and carry more hope than fruit conversations. Fruit conversations, I hasten to add, aren’t hopeless, and seed conversations aren’t lineless. But many of the lines we draw in our pursuit of the fruits of witness I suspect are pretty arbitrary; they emerge for the sake of convenience and efficiency and self-protection. We should, I think, strive for a world with as few lines as are necessary. Meanwhile, there’s always room for hope.

So, pooh-pooh away, all you fruit-types. Or better, make your case for swaying me your way; it’s clear to me that you’ll probably at least temporarily succeed. We ambiguous, seedy types seem to enjoy the euphoria that a good sway can offer.
Email Post