If you want to build a platform, you must first plant a tree . . . Why do we listen to the people we listen to? Why do we give them our attention? Our money? Why do we make commitments to them? Some might chalk it up to charisma--the man or woman who can win hearts can sell them anything. This seems to explain, for example, Justin Bieber. Arguably it also explains people like Adolf Hitler, but that is by no means a statement on my part about the man who gave us "Baby, Baby, Baby." (See my other caveats regarding this series of posts here.) Such "great man" theories are part of American mythology--and they are at least partially rooted in lived experience. People like Martin Luther King Jr. and Malcolm X captivated people's imaginations and caused them to see the world dramatically differently. People like Sojourner Truth and Rosa Parks launched national conversations and cultural movements through single, powerful symbolic words ("Ain't I a woman?!?") and acts (the refusal to yield a bus seat, in violation of an unjust local ordinance). I take nothing away from the vision or the accomplishments of people whose lives are so illustrious. 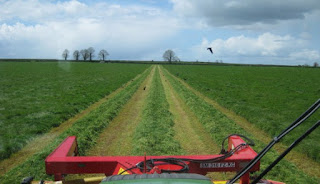