"If I Know You're On My Side": Bill Murray's Rough Start

I've been reading Saturday Night: A Backstage History of Saturday Night Live, by Doug Hill and Jeff Weingrad. It's really interesting; it suggests that when rock and roll gave up the revolution of the 1960s, comedy took over. Saturday Night Live served as base camp for comedy's insurgency; it was, in a sense, the most important thing going on in entertainment. 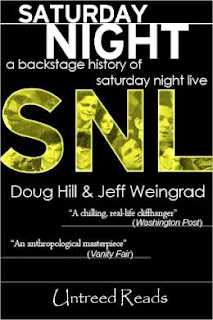 It was also, apparently, a hot mess. Drugs, violence, misogyny, betrayal, in-fighting. Maybe they became too famous too quickly. Maybe network television just brings out the worst in people. Maybe it was the 70s. I don't know; I'm only about halfway through the book. In any case, the front line of the revolution was a tough place to be. Bill Murray is a surprising case in point. He joined the cast in the wake of Chevy Chase's departure when Chase was the darling of the medium--being groomed, it turns out, to be Johnny Carson's replacement on The Tonight Show. Chase left on a sour note--hurt feelings all around--and the SNL audience was not happy to see him go. Meanwhile, Murray came in at a deficit. He had been passed over as a cast member when the show debuted, and even now NBC executives were vocally dubious about the value he added--with Chase's departure, they felt the show needed a pretty boy, not another bedraggled slob like John Belushi or a biker boy like Dan Akroyd. Imagine having your value assessed not by your talent but by your "pockmarked face." The fans made their skepticism known too. Resenting Chase's departure, they felt no compunction about "telling Billy how much they hated him for it. ... 'You suck' was a common motif." As if that weren't enough, Murray had to deal with the corrosive politics behind the scenes: fellow actors who marginalized Murray to protect their place in the pecking order; an office mate he had nothing in common with, including a philosophy of comedy; and some miscues on stage that eroded the writers' confidence in his abilities and kept him out of major roles in signature sketches. We know Bill Murray today as the guy who owns every room, but at the start of his tenure on SNL he was the loneliest guy in the world. I've not seen too many of the earliest episodes of SNL, so I've never seen "The New Guy," the bit that producer Lorne Michaels wrote for Murray that season. Murray sat at a typewriter and delivered the following monologue.

Hello. I’m Bill Murray. You can call me Billy, but around here everybody just calls me “the new guy.” I want to thank the producer, Lorne Michaels, for urging me to speak with you directly. You see, I’m a little bit concerned. I don’t think I’m making it on the show. I’m a funny guy, but I haven’t been so funny on the show. My friends say, “How come they’re giving you all those parts that aren’t funny?” Well, it’s not the material, it’s me. It’s not that I’m not funny, it’s that I’m not being funny at the right time. Honest. Before, I could be funny whenever I wanted. But now, as a professional, I have to learn to pick my spots, you know. This morning I picked up my laundry, and the guy said to me, “Bill, you know, every time you come in here, you say something funny. But I saw you on the show Saturday night, and you stunk." Well, that hurts. It totally destroyed my confidence. ... Now what I’m asking for is your support. I’ve gotten some nice letters from old friends, and people I owe money to, but from you people, I hear nothing. I’m not asking for letters, but—I know this sounds funny: Support. ... What I’m talking about is between you and me. If you could see it in your heart to laugh whenever I say something, I don’t care what it is, or if you can’t laugh, think about my family, and the father that I never really got to know. If I know you’re on my side, I’ll make you laugh so hard, you’ll have to hold your sides to keep from pulling a muscle or tearing a cartilage. It’s up to you. Yeah, you.

Imagine that on a comedy show. Imagine having to perform it. Imagine it being about you. The goal was to win viewers' sympathies. It didn't work, apparently. He continued to suffer all kinds of indignities--until the last show of the season, in which he performed a sketch he wrote about a man hosting a talk show in his shower, featuring as guests his wife and the man she was having an affair with. The audience loved it, and it became not only the basis for a slew of other SNL characters but a prototype for the persona of most of Murray's comedic roles ever since: the guy who owns the room, yet who barely conceals his great sadness. The guy who points out the absurdity of everything he sees but who knows firsthand how much absurdity can hurt. I've always had a soft spot for Bill Murray. Learning about his rough start at SNL certainly reinforced it--if in fact a soft spot can be reinforced. He's not guiltless in the sordid story of the birth of Saturday Night Live, but he is a case study in persevering through hard times and transforming them into something insightful, fresh, hilarious, and human. 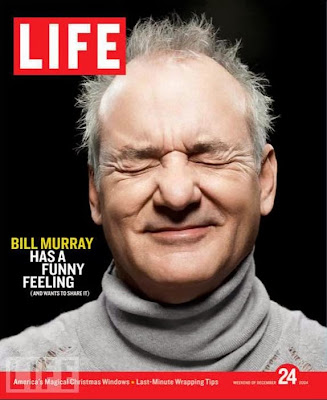 RFB said…
Murray's fight with Chase backstage was legendary, with one of the most original insults delivered to Chase - and aptly describing him - being "Medium talent!"
10:00 AM