Platform for Postmoderns: It Takes a Village to Sell a Book

As a book editor, I'm regularly in the surreal position of reviewing and signing off on author acknowledgments. They thank their kids, of course, and their spouses, and their parents. They thank their coworkers and their friends and even occasionally their enemies. They thank anonymous manuscript reviewers and celebrity endorsers. And almost to a person, they thank me, their humble editor. I have on at least one occasion edited myself out of a book's acknowledgments. I don't remember ever editing myself in. These very kind acknowledgments of my work on have always been gracious, and for the most part I think they've been sincere. But I also recognize how perfunctory the editor acknowledgment can be. I think it used to be policy (or tacit understanding) that editors would remove their names from acknowledgments. Maybe we're more narcissistic now, or maybe we realized there's a bit of pomposity even in that. In any case, it's universally understood to be awkward, but that doesn't mean it shouldn't be done.

"To be a writer is either to be utterly anonymous (the ghost) or arena-ready (the celebrity)." Read about the shadow side of publishing in "Getting Seen" here.

Some of the authors I've worked with have looked beyond me to acknowledge the other publishing professionals who have helped make their book. They thank the designer for the beautiful book cover. They thank the publisher for signing off on the contract. They thank the copyeditor and the proofreader and the page layout specialist for working so hard to make their book so good. And occasionally they thank the sales and marketing people they've met along the way for encouraging them as they went through the publishing process. But it's rare, almost to the point of unprecedented, for an author to thank sales and marketing people for selling and marketing their book. That's because there's nothing to acknowledge; they haven't sold or marketed it yet. Or, at least, the author hasn't seen them sell or market it yet. The reality, of course, is that a great deal of effort has already gone into selling and marketing a book by the time it releases. Advance reader copies have been sent to reviewers. Bookstores have been visited, and the book has been introduced there. Campaigns have been brainstormed. Ads have been designed. Ad space has been bought. Clouds have been seeded in the hopes that the four corners of the book's universe will be flooded with its praises. This anticipatory sales and marketing work, done in relative secrecy, is quite possibly the most helpful stage in a book's publication process. Then the book comes out. The reality is that the success of all this anticipatory effort depends largely on people who don't work for the publisher. It doesn't even depend all that much on the author. The reality is that every book needs an audience not just to read the book, not even just to buy the book, but to advocate for it. 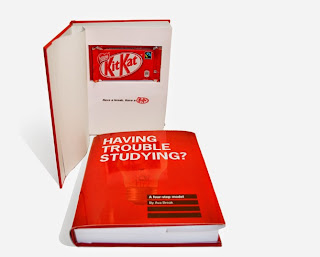 Book publishing is a weird undertaking. It's not like, say, candy bar manufacturing, where year after year you come up with new ways of building on the success of each candy bar's established reputation. Imagine if there were only, say, ten thousand Snickers bars made in a year, and the guy who made it and a team of sales people had to travel the country convincing people to give them a few minutes to talk about Snickers in the hope that they'll stock a small supply in their store, in the further hope that customers will see it there and decide to buy it. Or imagine that instead of humming "Break me off a piece of that Kit Kat bar" at 3 in the afternoon you instead thought, Well, I've already eaten a Kit Kat bar once, so I guess I'll try to decide which candy bar to eat next. Unlike candy bars, which are relatively interchangeable and always whimsical, books are problematically unique. They are bought and consumed individually, privately, such that every sale of every one could very well be the last. To contend with the black hole of solitary reading habits, publishers push authors to expand their platform, by which we mean authors need to get out in front of people and breathe enthusiasm into them for their book. On the days of my clearest thinking I realize how quixotic an expectation that is; it's paradoxical at the level of "Get a job so you can get experience so you can get a job." (That is, by the way, four x's in one sentence, which I think is an accomplishment worth noting.) Every publishing enterprise depends on volunteerism for its very survival: people have to voluntarily come to the author, the publisher, the book. And then they have to voluntarily share the book with the world. Of course the author and the publisher (and even the book) have to attract this voluntary audience, to compel it and to live up to whatever promises are made. But maybe you can see how hard that can be. I see it every day. What's my point? I have three:

For authors, please be kind to your salespeople and your marketers. They work really hard, and most of their effort is invisible even to you. Give them the benefit of the doubt; hold your dreams of being on Good Morning America or in the Atlantic Monthly loosely. Bring them your best ideas and assume you're getting their best attention and effort. Thank them in advance in your acknowledgments, and thank them when you talk to them for committing themselves to your book.

But don't stop there. Look for opportunities to mobilize your friends, family and other social networks on behalf of the book. Acknowledge among your strongest allies that it takes a village to make a book succeed. Invest some energies into brainstorming how people who are for you can be more actively for your book. You need advocates to make a movement out of your book; you need volunteers to help you start the fire.

For readers - and by that I mean people who recognize the cultural value of books - consider broadening your imagination about what it means to be a reader. Read publicly, not privately; share what you're reading in your social media and offline with friends and neighbors. Write reviews on Amazon and Goodreads and elsewhere. Get to know the people who run the bookstores you frequent. Interact with the publishers you feel the most affinity with. Recommend authors as presenters at gatherings you attend. Help the writers you like get a wider hearing than they would otherwise get.

Obviously, acknowledging the role of people outside the publishing industry in the success of a book doesn't relieve the salespeople or the marketers (or the editors or the author) from our responsibility to deliver on the promises we're making with each book. Fundamental to any movement worth joining is an idea worth disseminating. But if we value reading as something that keeps our world vital and intelligent and circumspect and hopeful, then we need to recognize that buying and selling books is not simply a consumer exercise like buying and selling Kit Kats. Books are not the private consumer product we too often assume them to be; they're fundamentally social, and when they're acknowledged and treated as such, they can be world-changing. *** This post is part of a very occasional series called "Platform for Postmoderns," an attempt on my part to demystify (and maybe even remystify) the publishing experience. Read part one here. Read the whole series (in random order) here.
Email Post