The Best of InterVarsity Press: Reflections on My Last Day

July 11, 2014, marks my final day as an editor for InterVarsity Press. IVP was my dream job when I arrived seventeen years ago, even though I was convinced at the time that I'd only be there a year or two. I had bigger fish to fry back then, and IVP was just a way to put some bacon back in my piggy bank. 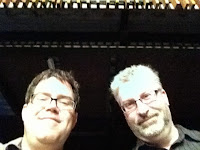 Nevertheless, I was quickly labeled a "lifer," with some of my colleagues comparing me to coworkers who'd been there for decades. And now, decades later, I'm finding it hard to leave. IVP has been the site of many life-changing conversations, the point of origin for many lifelong friendships. It's where I discovered my vocation and began to live into it. It's where I honed my craft as a writer and experimented with other avocations, from public speaking to improvisational comedy. The running debate at any organization like IVP is whether it is best thought of as a business or a ministry, but for me IVP has always made the most sense as a family, a community. As such, when I think of the "Best of IVP," I don't think first of the books we publish, which is where the mind of the typical consumer would probably go. I think of the authors I've edited, the colleagues I've worked together with, the "friends of the Press" I've shared meals and jokes with on the road. They deserve their due, so I acknowledge them all here. I'm sure I'll neglect more names than I'll list, but I hope you all know who you are, and what you've meant to me over the years. So here, in no particular order, are the best of IVP. Forge America I stumbled onto the Forge Mission Training Network a few years ago; Forge America based itself in Chicago's western suburbs, not far from where I live, and I went to some trainings out of curiosity. Scott Nelson was my early guide; it's appropriate, then, that he eventually wrote five Forge Guides for Missional Conversation for IVP. 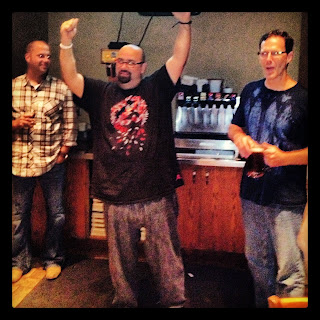 Through Scott I met the adorable Kim Hammond, Forge's (now) international director, whose thick Australian accent has made phone calls nearly impossible but whose warmth and humor have made every encounter memorable. Gradually my contacts with Forge expanded, leading me to a wildly entertaining dinner with Lance Ford and Brad Brisco, and fun and gracious conversations with Ryan and Laura Hairston, Kimberly Culbertson, Eric Lerew, Hannah Seppanen and any number of other great folks. Somewhere along the way I worked up the courage to strike up a conversation with Alan Hirsch, whose intellectual heft and inherent coolness made me assume wrongly that he was unapproachable. I got over that after my first "Hirsch sandwich," when Alan and his wife, the equally brilliant and incredibly endearing Debra Hirsch, simultaneously kissed me on both cheeks. I've been working with Debs on her forthcoming book Untaming Sexuality for some time now, and while I'm sad I won't be at IVP to see it roll into the warehouse, I'm excited for everyone who gets to read it for the first time. And then there's Mike Frost, who lives in Australia but travels regularly to the States. I'm in awe of him every time he speaks, whether from the stage at a conference or from the back seat as we're driving around Seattle. His book Incarnate was my precious while he was writing it and I was editing it. Through Forge I got to meet a number of other friends, including the delightful and sharp Jo Saxton, the innovative JR Woodward, and theo-guru David Fitch. Forge is highly relational and not artificially bound by institutional divisions; they welcome and befriend all, and they encourage the same in the people they meet. May their tribe increase. Forge Books from IVP

Forge Guides for Missional Conversation Creating a Missional Culture More Than Enchanting The Missional Quest Sentness Incarnate The Story of God, the Story of Us Dwell (forthcoming) Beyond Awkward (forthcoming) Untaming Sexuality (forthcoming) Red Letter Christians Under the auspices of the legendary Tony Campolo and Shane Claiborne, and guided by the leadership of Brian Ballard, there has coalesced a network of writers, thinkers, activists and ministers who are inspired by the possibilities that unfold when we read the Scriptures through the lens of the teachings of Jesus, rather than the teachings of, for example, the Apostle Paul. I met most of my friends in Red Letter Christians before I had ever heard of such a thing, but the annual RLC retreat has become a highlight of my year. There are plenty of attenders of this retreat I've never had the pleasure of editing, but then again every year I reconnect there with around fifteen IVP authors, some of whom have become dear friends. 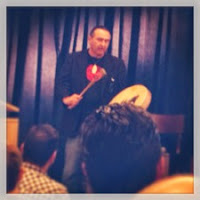 Long, heartfelt conversations with Chris and Phileena Heuertz, Andy Marin, Bart Campolo, Tony Jones, Mark Scandrette, Kent Annan, Sean Gladding, Hugh Hollowell, Lisa Sharon Harper, Leroy Barber and others; robust conversations and even debates about the appropriate Christian participation in the pressing concerns of the world; howls of laughter and occasional tears. The dear and brilliant Richard Twiss offered a formal blessing to each of us at a Red Letter gathering; two months later he died without warning, and we were bound more tightly together by our shared sorrow at his passing. Last year we released the first ever RLC-branded book from IVP: Faith-Rooted Organizing by Alexia Salvatierra and Peter Heltzel. I'm hopeful that we'll continue to see the RLC logo on future books, signaling the distinct and compelling vision of the world that comes when we put Jesus first. IVP Books by Red Letter Christians

Faith-Rooted Organizing Ten Everyday Missions After Shock Following Jesus Through the Eye of the Needle The Unkingdom of God Practicing the Way of Jesus Free Simple Spirituality Pilgrimage of a Soul Love Is an Orientation Rescuing Christianity from the Cowboys (forthcoming) Crescendo A few years ago the good people at Christianity Today launched a blog, Her.meneutics, to showcase the best of robust thinking and good writing among women of evangelical faith. I was inspired by this vision of giving space to women thinkers without partitioning them off into so-called women's issues, and I began regularly to look to them, and other coalitions of women writers, for authors to work with. The result has been truly gratifying, both in the relationships I've developed and the books I've had the chance to edit. 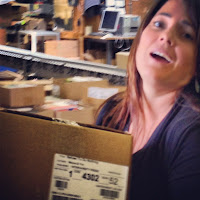 I've since managed to be the token male at not one but two gatherings of the Redbud Writers Guild ("Fearlessly Expanding the Feminine Voice") and edited three of the first four books to be released in IVP's Crescendo line of books by women. I've occasionally found myself in the midst of some uncomfortable conversations, and experienced more directly the gulf of understanding between men and women, but I've also gotten the chance to participate in the bridging of that divide and, along the way, to be guided and led by some remarkable women. Crescendo Books and Their Offshoots 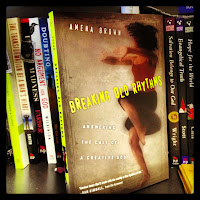 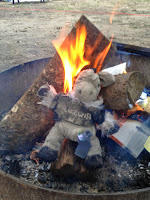 In 2006 IVP launched a seven-year experiment in galvanizing an audience that had proven hard to galvanize: young evangelicals, newly out in the world, stress-testing the received traditions of their evangelical upbringing. Likewise Books were about social responsibility, shared spirituality, creative missiology and a world of possibility. In the process of developing this line I met some real characters and developed long-term relationships. I've mentioned many of the authors and books that fell under Likewise already, but there are many more than that, and they like Likewise itself, defy easy categorization. They're friends, and I'm glad I had the excuse to work with them while I was at IVP. Likewise Books and Their Offshoots 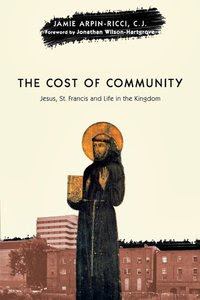 I know I'm forgetting people who I will never forget. The Wild Goose Festival, the National Youth Workers Convention, the Christian Community Development Association, the Missio Alliance, the Parish Collective, Radio Free Babylon--these and other networks and events have been the breeding ground of new friendships and creative collaborations over the years. *** And more and more and more and more. Thanks to all of you, mentioned and unmentioned here (not least of which are all my coworkers, for whom colleagues seems too stuffy and friends seems too casual). It's an axiom of business that "everyone is replaceable," a kind of coping mechanism during times of transition. But I think it's also true that everyone is irreplaceable. I'm reminded of John Donne's genderized lament of death:

No man is an island entire of itself; every man is a piece of the continent, a part of the main; if a clod be washed away by the sea, Europe is the less, as well as if a promontory were, as well as any manner of thy friends or of thine own were

I'm not dying, I'm just moving on. But it's not easy to move on, and I'm glad it's not. Life would be much less if leaving were easy. Leaving IVP is hard in part because life is good. There's a good life out ahead of us all, however, and I look forward to the irreplaceable friendships I'll make at and through NavPress in the years to come. Till then, thanks IVP and everyone it signifies; you're the best. 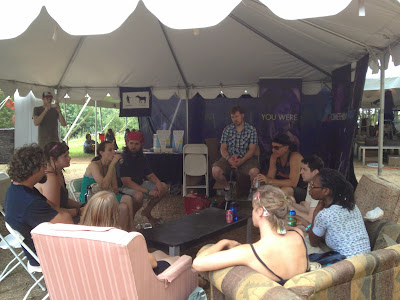