What Is a Church?

As my wife and I prepare for our move across country, one of the many questions that nags at us is, "What do we want in a church?" The question seems positively quaint, I suppose, in the grand scheme of history; for increasing numbers of people, the answers to that question range from "We want a church that contributes to the tax base of our community so our property taxes can be lower," to "We want a church that minds its own business." Meanwhile, however, for evangelicals such as we, what we want in a church is a natural and even necessary question. Evangelicalism has been, historically, among the more entrepreneurial movements in Christian history, such that local church cultures are notably distinct from one another (even though by and large they read the same books, listen to the same radio stations, and play the same music at roughly the same volume). So we have to ask, and I suspect we will have to take our time in discovering the answer. But the process will be helped, I think, by wrestling with a prior question: What exactly is a church? 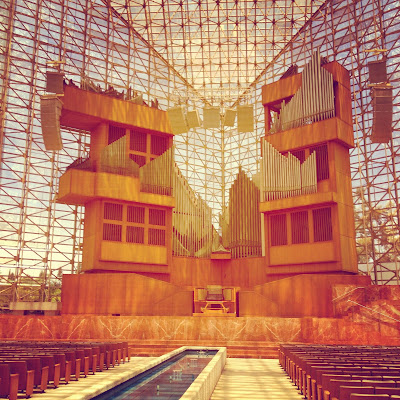 Much noise has been made in the past several years that a church is - contrary to popular, unconsidered opinion - not a place but a people group. We don't go to a church; the church of which we are a part gathers together in one place. It's this distinction that sets up the old evangelical joke: "Going to a church doesn't make you a Christian any more than going to a garage makes you a car." Trust me, it's funny if you're an evangelical. But more recent conversations are uncovering an even finer distinction, one that centers on why we gather. Why we gather is an increasingly important question because increasing numbers of people reject the premise: If you decline to gather as a church, then the reasons why you would gather become irrelevant. The jokes that challenge this "leaving" phenomenon, of people who practice their faith outside the confines of Christian community, have yet to catch on. And really, how could they? They're really hard to make: "Not going to church doesn't make you a non-Christian any more than not being in a garage makes you a non-car." What? It doesn't work.

TWEET THIS: "Not going to church doesn't make you a non-Christian any more than not being in a garage makes you a non-car." What? It's possible to make too much of the exodus of disaffected Christians swearing off organized religion, but it's equally possible to make too little of them, especially those of them whose faith remains vibrant and, in some cases, becomes more personally meaningful and culturally significant. These folks may have left the church, institutionally speaking, but theologically speaking, the church has not left them. They can't not wrestle with the meaning of this phenomenon of church, spoken of in such sweeping, emphatic language in the Christian Scriptures that it clearly must somehow exist. So, in what form must it exist? What makes a church a church? What have we imposed on the concept of church over the course of multiple millennia? What do we strip away from it at our peril? Another shift is in order, I think, one that is talked about in a number of circles: a shift from the notion of church as an institution, even an immaterial institution overarching our individual faith practices, to church as a movement. When we think of movements, we don't think of church per se. We think of Baptist pastor Martin Luther King Jr. and the Civil Rights Movement, which organized and mobilized largely through church gatherings. We think of Dorothy Day and her Catholic Worker Movement, advocating for immigrants and other marginalized people in the shadows of big cities. We think of Lech Walesa and his Solidarity Movement in Poland, resisting the oppression of the Soviet Union and leaning on the support of the Catholic Church. So I suppose when we think of movements we actually do think of the church - only not in the way we typically think of church. Writers and thinkers in the missional church conversation have leaned in to this understanding of church as less an institution and more a movement. Steve Addison of Move (a missions agency in Australia), as only one example, has read the New Testament and the broad arc of Christian history through the filter of movements; he sees five "key commitments" as central to any successful movement and as undercurrents of the church's movement through time:

But maybe the most important aspect of a movement - and the easiest one for American evangelicals to lose sight of, given the emphasis on the individual so prevalent in our cultural context - is that a movement is fundamentally communal. You can't be a part of a movement by yourself.

TWEET THIS: A movement is fundamentally communal. You can't be a part of a movement by yourself.

This shift toward thinking of church as a movement throws open the whole meaning of church. The language of church is now interpreted communally, contextually, as the movement takes shape in each particular place. (For an example of how these implications might tease out, take a look at the book The New Parish by Paul Sparks, Tim Soerens and Dwight Friesen, founders of the very movement-friendly network of churchy people Parish Collective.) We've had our expectations shaped by all these conversations, which means among other things that we won't so much know what to look for when we move across country as we will know it when we see it. So as we go looking for a church in Colorado to park ourselves in, I hope that what we'll find when we get there is not a consortium of institutions but a network of people following Jesus together, both locally in small gatherings and collectively in culturally meaningful ways. I hope that when we go looking for a church, we'll find ourselves caught up in the movement of God.
Email Post

David Rupert said…
I am kind of diggin the idea of a neighborhood church. We go to a church that started out that way -- and then grew beyond amazing. Red Rocks Church is multiplying over and over again and it's very tough to play catch up with pastoral care. That's what a smaller church can provide best -- people who care about you.
3:14 PM

David Zimmerman said…
Great point, David, about catching up with pastoral care. It's probably the thing that holds people back from multiplying--that concern to retain the mutual relationship--and yet pastoral care is vulnerable in any context, I think.
2:32 PM