3 Keys to a No. 1 Single: Lionel Richie Speaks

This year's summer double issue of Entertainment Weekly (or EW) includes an interview with Lionel Richie, who's about to launch a North American tour to showcase all of his many hit songs. He'll be stopping, among other places, at the Bonnaroo Festival, one of the bellwethers of hipness in the new millennium. Not bad for a 64-year-old. The interviewer, Dan Snierson, was a little too cheeky for my tastes; Richie is the winner of the Gershwin Award, America's top honor for a musician, and he's half the way there to an EGOT. He cowrote "We Are the World," for the love of Pete. So maybe rein it in on the puns, buddy. During the interview Snierson asked Richie for advice on writing a number-one single - an appropriate question, given that Richie is a record holder for the most number-one hits in a row, and given that he's sold 100 million records in his career, and that he once had chart success for three different musical genres simultaneously - adult contemporary, R&B and country - for the same song: "Stuck on You" (1983). So when Lionel Richie offers tips for songwriting, you'd be wise to pay attention. Here's what he said:

All right, No. 1 can't-miss tip: Make sure it's about love. Don't go political, okay? Make it anything that has to do with love. Love falls in a couple of categories - I want you, I need you, I lost you, you know? No. 2: Somewhere in the line, use the word forever. That's No. 2. Forever is a great word, right? And then thirdly, make sure it can apply to a wedding or an engagement or something like that. Got it? Now, you got those three down, you're at least going to have something that's going to last for a while. For example, don't do a title with "2014" in it. Because it's dead. As soon as 2015 comes, you're over.

Free advice from a living legend. Take it to heart, all you songwriters. It'll take you a lot further than anything you'll get out of Paris Hilton, Brooke Hogan or Taylor Hicks, I can tell you that. 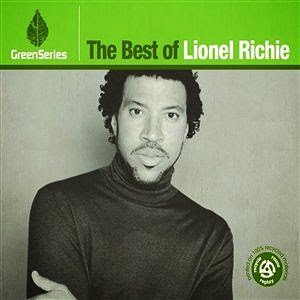